The 28th March 2015 saw the 2nd JKS England ‘Stars In Their Eyes’ fundraiser.

The evening started with a pre-show video, fireworks filled the screen and the voice over of Brian Blessed, AKA Andy Deane, introduced clips from last shows acts, I’m a Sensei get me out of here and rare footage of the JKS England Instructors showing how they can really move.

The host for the evening was Sensei Matt Price, looking a little intimidated as all the acts announced their past times as karate students! The first act was James Brown who after an unenthusiastic start as James Blunt proudly declared his wish to be a lumberjack and performed the Monty Python ‘Lumberjack’ song ably assisted by 3 lumberjacks, Andy Deane, Brian Lister and Paul Clayton and 3 Mounties Andrew Bannister, Chinhai Bulmer and Steve Brown.

The next act was performed by Lewis Bradbury and Zach Sharp who kindly stepped in as a last minute replacement. Although they had never heard the song before and after only 5 minutes rehearsal they got all the audience participating in the Spandau Ballet song ‘Gold’.

Vikki Brown, Stephen Brown and James Brown were the next act delighting us with the Walk Off the Earth song ‘Summervibe’ they were assisted by Sarah Howarth, Sam Bulmer and from the LKA childrens class Sam, Jamie, Izzy and Natalie – all dressed in summer clothes and wearing Hawaiian garlands.

Richard Fewkes then introduced himself as John Travolta and his leading lady was Tom Little as Olivia Newton-John. They performed an excellent and very amusing ‘Summer Nights’ along with backing singers the ‘T Birds’ Eleanor Dook, Emelye O’Brien and Sarah Howarth and the pink ladies, Steve Brown, Chinhai Bulmer and Andy Deane all dressed in stunning pink netted skirts (kindly created by Claire Lister).
The boys’ team this year with a real girl in their line-up was Craig Williams, Joe Bulmer, Stephen Brown, James Brown, Callam Payne and Laura Macintosh. They performed a well-choreographed and very masculine ‘YMCA’.

The final act of the song ‘Kiss’ by Prince was voted for by the audience for Joe Bulmer to perform. He was assisted by Emelye O’Brien and although he only had 5 days rehearsal he certainly had us all entertained!
The votes were cast by the audience and this year’s winners, by a narrow margin over Summer Nights, was the Boys’ Team with YMCA. They were presented with a fantastic trophy kindly sponsored by Jackie and Andrew Jones.

This year the Sensei’s Alan Campbell (sort of – and you would have to have seen it to believe it), Nick Heald, Matt Price, Steven Carless (aka Sam Bulmer) and Richard Fewkes all took part in Sensei Mastermind. At the end of the chosen subject round, Sensei Nick Heald, who was outstanding with his knowledge of Dr Who and Sensei Matt Price were tied for first place. At the end of the 2nd round, general knowledge, Sensei Matt Price had a perfect score and it was questioned by some that he may have had prior knowledge of the questions, or could it be that by mere chance the questions were all about Matt Price!!

The evening was very entertaining, great fun and a huge success. The feedback has been fantastic. Many thanks to all who helped in the preparations and on the evening, especially to all the acts and participants and to all who attended on the evening and helped raise £756. 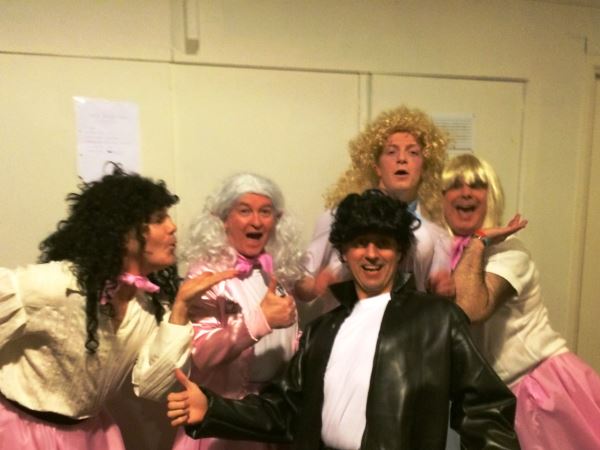 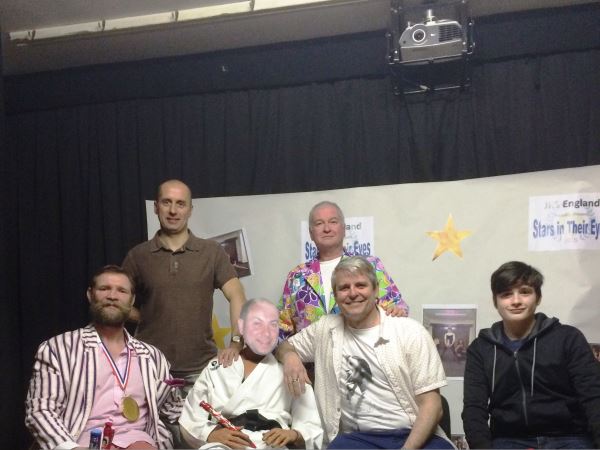 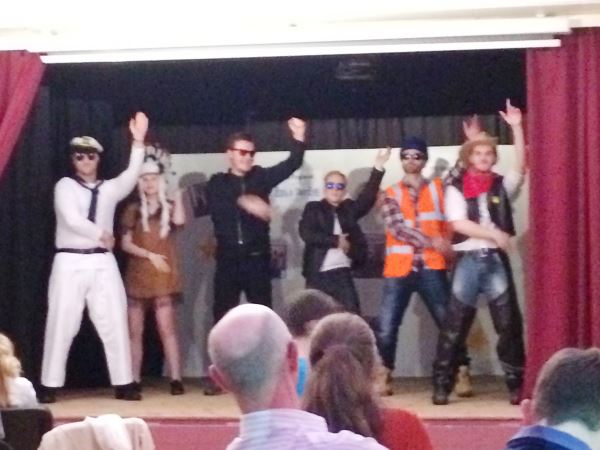